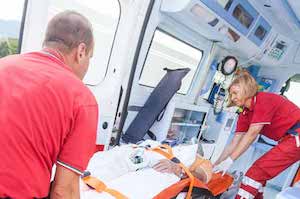 If you or someone you know has been injured in a pedestrian accident, you are entitled to compensation for both your financial losses and the pain and suffering you have had to experience. For assistance, contact the pedestrian accident injury lawyers at The Law Office of Matthew M. Foti in Malden, Massachusetts.

Many pedestrians are injured in car accidents caused by careless drivers. Pedestrians in Massachusetts are protected from motor vehicles by several traffic laws. If traffic controls are broken or non-existent, for example, a car must yield to pedestrians. They are also unable to overtake another vehicle that has come to a complete stop for a pedestrian. It is not always the case that pedestrians have the right-of-way. In Massachusetts, it is illegal for a pedestrian to leave a sidewalk and walk or run so near to the path of a moving car that the motorist is unable to yield.

If you were hit by a vehicle, truck, or motorbike, you may be able to hold the driver responsible if he or she was careless. You have the burden of proof as the plaintiff to prove that the driver: 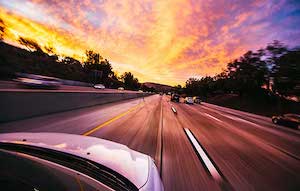 Motorists must give the right of way to pedestrians who are in a designated crosswalk on the side of the roadway in which the vehicle is going or who are within 10 feet of the vehicle, according to Massachusetts law.

When an officer is directing traffic, a traffic control signal is present, or a designated crosswalk is within 300 feet of the pedestrian, pedestrians in Massachusetts should cross a road inside a crosswalk. In crosswalks without traffic lights, pedestrians have the right-of-way.

However, a pedestrian may not enter a crosswalk abruptly and step into the path of an oncoming automobile that is approaching so quickly that the driver does not have enough time to stop. 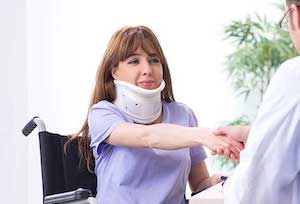 What Types of Compensation Are Available to Pedestrian Accident Victims in Massachusetts?

In Massachusetts, damages for a pedestrian accident personal injury claim might include both economic and non-economic damages.

This can involve funds for the following:

If a pedestrian accident in Massachusetts results in death, a wrongful death claim may be filed for damages such as last medical treatment and funeral expenses, loss of financial support the person would have offered their family, and loss of companionship and affection.

Can I Receive Compensation in Massachusetts if I Was to Blame?

Insurance companies sometimes blame third parties for accidents. When more than one party is at blame, various states have varied laws for how personal injury cases are handled. Comparative fault or comparative negligence are the terms used to describe these laws. Contributory negligence is governed in Massachusetts under Massachusetts General Laws Chapter 231, Section 85. As long as the plaintiff's fault is not larger than the defendant's, compensation can be recovered. A 51 percent rule, often known as the "Modified Comparative Fault Rule," is a sort of rule. In other words, you can submit a claim as long as your portion of the blame is equal to or less than the other party's.

Remember that your damages will be altered to reflect your percentage of fault. Your damages will be lowered by the same percentage if you are 10% at fault. The insurance provider will almost certainly try to blame you. The Law Office of Matthew M. Foti in Malden can defend you and fight for the maximum compensation possible. 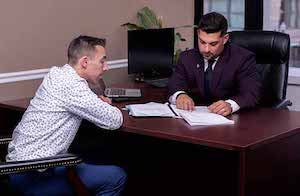 When vehicles in Massachusetts ignore pedestrian walk signs and traffic safety rules and injure pedestrians, they may be deemed negligent and responsible for the damage they cause. If you have been hurt while walking by a vehicle, it is critical that you speak with a competent Massachusetts pedestrian accident attorney at The Law Office of Matthew M. Foti in Malden to handle your case.