Operating Under the Influence (OUI) 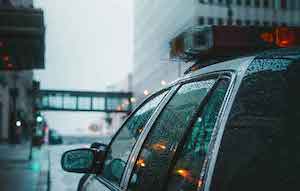 At the Law Office of Matthew M. Foti we are dedicated to helping people under extremely difficult and stressful circumstances. When you are charged with an OUI your life can feel chaotic. We are here to help you fix your legal problem and get back to your life. We understand what you are going through and can help navigate the legal process for you making it as least stressful as possible. Each case is different, and we can help you make the best decision, whether it’s to take the case to trial or to try and get you back on the road as soon as possible.

Throughout the state of Massachusetts, a person can be penalized if convicted of an OUI, often referred to as a “DUI,” for driving or operating a motorized vehicle in a public place if their blood alcohol concentration is of .08% or greater.

A person is thought to be “under the influence” if his or her capability to manage a vehicle has been reduced due to consuming an inebriating substance such as alcohol, narcotics, marijuana or intoxicating vapors.

In 2005, the Massachusetts Legislature passed several statutes that mandate highly punitive penalties associated with alcohol-related driving offenses, many of which impose required jail time. Melanie’s Law also created a “lifetime look-back” for operating under the influence charges. This means past OUI convictions, no matter how old, can be used to determine repeat offender charges

While each case is different, usually, the following penalties apply to OUI convictions in the state of Massachusetts:

In Massachusetts, the first offense is considered a misdemeanor.

In Massachusetts, a second offense OUI is considered a misdemeanor, but the potential penalties have more severity

In Massachusetts, a third offense OUI is considered a felony.

If you or someone you know needs OUI defense...

Contact Us
Practice Areas
Client Reviews
★★★★★
"I really like his professionalism he is very details oriented and clear he makes my case very smooth and stress-free. I like the fact that he is flexible I can contact him anytime with any questions. He is a great listener. Thank you so much for all you’ve done. I will definitely recommend him his amazing. God blessed you." Richecardine B.
★★★★★
"Matt took good care of me and guided me throughout the process. He's very acknowledgeable and is quick with an answer whenever I had questions. I highly recommend Matt to represent your case because he gets the job done!" Malori J.
★★★★★
"Mr. Foti was a pleasure to work with. He handled my case with ease and kept me informed along the way. He is extremely professional and made me feel confident in his abilities. Will definitely be reaching out to Foti Law should I have another issue in the future! Thanks again!!" Sharon R.
★★★★★
"Matt was very professional. Any time I had any questions he was upfront and honest with his answers. I highly recommend him." Ken
★★★★★
"I highly recommend him. He such an amazing professional lawyer." Selena D.
View More
Submit a Law Firm Client Review