Being charged with a crime can be one of the most traumatic events in anyone’s life. At the Law Office of Matthew M. Foti , we understand what you are going though, and we are here to protect your rights, reputation and freedom. 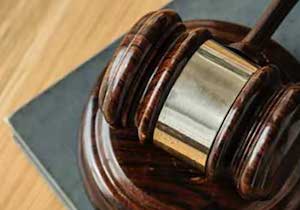 If you or your loved one is accused of a crime, under investigation, or already incarcerated, time is of the essence. The sooner an attorney can get on your case, the better chance you will have at fighting the criminal charges you are facing. We pride ourselves on working hard, and getting the most favorable results for our clients. If you’ve been arrested you should contact a lawyer as soon as possible. A confident Boston DUI attorney could make the difference between you facing a significant penalty and a simple acquittal.

What Does the Entire Legal Process Look Like? The Arraignment

An Arraignment takes place if a person has been arrested by the police or has received a summons in the mail after the incident took place. This is when the court will read your charges and you will enter a plea. An arraignment will also be scheduled if you have received a traffic ticket with a criminal offense listed and did not request a clerk magistrate’s hearing within the 4-day time limitation. The District Attorney’s office can request specific conditions of release and or request bail. If the office requests bail, you will have to go to a bail hearing shortly after the arraignment.

At this court appearance, the defendant and his or her attorney discuss the case with the prosecution. Sometimes, cases are resolved at the pre-trial conference, but if no favorable agreement can be reached the case remains on trial track.

Although not every case has a motion, after review of the police report and or other relevant material your attorney can request a motion to suppress or motion to dismiss date. Sometimes, the motion hearing could lead to a complete dismissal of the case.

After your case makes it to trial, an attorney will be your advocate in the courtroom and the prosecuted party will also argue their case. Some trials have a single judge, but others can have up to six people in the jury.

If you are found guilty, the judge will determine your sentence based on recommendations given by the attorney defending you and the side of the prosecuted. In general, this process takes place immediately after the trial.

If you or someone you know needs criminal defense...

Contact Us
Practice Areas
Client Reviews
★★★★★
"I really like his professionalism he is very details oriented and clear he makes my case very smooth and stress-free. I like the fact that he is flexible I can contact him anytime with any questions. He is a great listener. Thank you so much for all you’ve done. I will definitely recommend him his amazing. God blessed you." Richecardine B.
★★★★★
"Matt took good care of me and guided me throughout the process. He's very acknowledgeable and is quick with an answer whenever I had questions. I highly recommend Matt to represent your case because he gets the job done!" Malori J.
★★★★★
"Mr. Foti was a pleasure to work with. He handled my case with ease and kept me informed along the way. He is extremely professional and made me feel confident in his abilities. Will definitely be reaching out to Foti Law should I have another issue in the future! Thanks again!!" Sharon R.
★★★★★
"Matt was very professional. Any time I had any questions he was upfront and honest with his answers. I highly recommend him." Ken
★★★★★
"I highly recommend him. He such an amazing professional lawyer." Selena D.
View More
Submit a Law Firm Client Review